I’m Russ Madeira. I use software tools to create and publish web content. I’ve worked with many leading technology companies, including Apple, Microsoft, Amazon and Facebook, and have acquired many valuable skills.

I’ve been happily married for over twenty-five years and have a wonderful son who attends the Digipen Institute of Technology in Redmond Washington. I know a lot about synthesizers and audio recording, and I’ve watched every episode of “Survivor”. I live on five peaceful acres in Duvall, Washington. Contact me if you’d like to get better acquainted.

In 1981 I started my working life in the warehouse at Apple Computer in Westboro, Massachusetts. (This was one of Apple’s regional repair facilities.) During that time, I was intrigued by the folks in the next room repairing Apple II circuit boards. So, I attended night school at the Sylvania Technical Institute learning computer electronics. Upon graduation, Apple hired me as a computer technician, where I stayed for four years.

In 1986 Apple closed their regional repair facilities, so I went to work for the General Computer Corporation (GCC) in Cambridge, Massachusetts as a telephone support engineer. GCC was the first company to sell a classic Macintosh with a built-in hard disk. I manned the support phone lines and helped develop a service manual using a new software program called Aldus Pagemaker. This began my journey of using software tools to create and publish content.

In 1993, I got married, moved to Redmond, Washington and began attending undergraduate classes at the University of Washington. I graduated in 1998 with a Bachelors of Fine Arts degree in Visual Communications. During this time, I won the Westin Hotels award for menu design.

In 2005, I began a series of contract projects for the MSN, Autos, Maps, and Lync (now Skype) teams, helping design and produce artwork, and create visual specifications for their products.

In 2010, I began shifting my focus from design to web production at Redmond Technology Partners (redtech). This involved applying my design skills while learning to work with content management systems (CMS), and learning front-end web coding with HTML, CSS, Javascript and other technical skills. At redtech, I also used Microsoft Test Manager and Team Foundation Server to identify, track and resolve bugs.

I left redtech in 2017 and began a series of web production contracts with Facebook and the Windows Design Support Group at Microsoft. I am always looking for something new to learn. 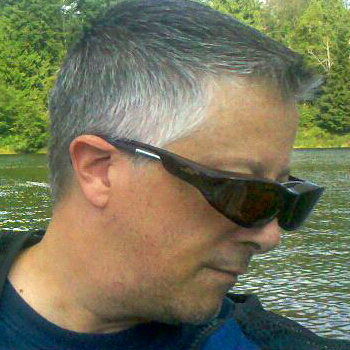 I'm Russ Madeira. I use software tools to produce web content. I'm highly motivated, detail-oriented and success-driven. I'm a tactical force of nature. Life is short, so I suggest you hire me now.
Read More